Every year on November 30th Scotland celebrates its national holiday. St Andrew’s Day (or in Scottish Gaelic ‘Là Naomh Anndrais’) not only celebrates the country’s patron saint but it is also a day filled with traditional Scottish food, music, poems, and dance.

According to legend a monk named Regulus brought relics of St Andrew to Scotland where he was given land to build a church by a Pictish king. The settlement grew into the town of St Andrew’s, where the cathedral in Kinrymount, Fife, became an important place of pilgrimage and the university, the oldest in Scotland, was founded in 1413.

The Scottish flag, the Saltire, is steeped in history and legend and is thought to be the oldest national flag in Europe. The saltire is based on the X-shaped cross on which St Andrew was crucified on November 30, 60 AD. An ancient story tells that a St Andrew’s Cross was seen in the sky by the Pictish King Angus MacFergus on the morning of a crucial battle in 832 AD between the Picts and the Angles. The Picts were inspired by the symbol and were victorious in battle.

It wasn’t until the year 1320 that St Andrew was made the official patron of Scotland at the Declaration of Arbroath. In 1390, St Andrew began to appear on coinage; however, the saint’s relics were destroyed during the Scottish Reformation in the 1500s.

Among St Andrew’s many responsibilities, he is also the patron saint of unmarried women. Many folklore traditions surround this auspicious day. European girls would traditionally perform rituals, which might be anything from divining by pouring molten lead into water, to kicking a straw bed in the nude, while reciting the St Andrew’s prayer. While doing this they would, of course, look for a lucky sign of love.

Celebrate with a ceilidh! A popular form of social gathering in Scotland, ceilidhs were the traditional setting for dancing, singing, and storytelling. You and your family can celebrate your own feast. Let your main course be fish since St Andrew was a fisherman. Include some Scottish traditions, recite poems by Scottish poets, or recount the history of Scotland together as a family. If you’re feeling lively, get up and dance some traditional Scottish jigs! 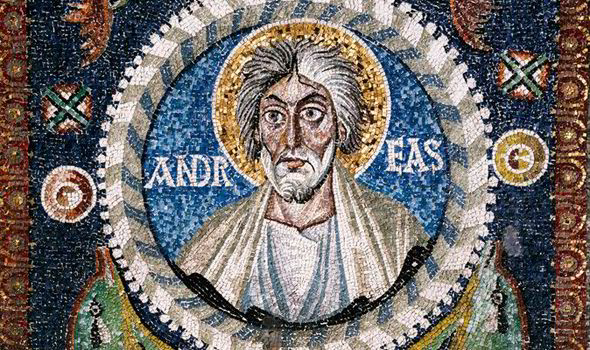